If not now, when?

This year has been challenging, to say the least. And with the recently released Living Planet Report announcing a devastating 68% decline in our wildlife population, could this year get any worse? Maybe? But, then again, maybe this is the year we strive harder to make changes for the better. Where we take a long, hard look in the mirror and remind ourselves of what’s really important.

The report highlights the catastrophic impact humanity is having, not only on our wildlife populations, but on our planet’s ecosystems and biodiversity. This has, in turn, created a domino effect that could potentially push our planet to the point of no return and change every aspect of our lives as we know it, economically and psychologically.

As Sir David Attenborough’s BBC Extinction programme reminded us, we still have time to pull this back if we act now. As the world starts turning again after the Covid-19 lockdown, a moment has been created where we can modify the systems that drive our economy so that we’re able to provide a more sustainable future for all life on this planet. We’re all intrinsically connected, so that includes us. Biodiversity keeps us alive.

As we get older the years seem to get shorter and before we know it, another one has flown by. So let’s make positive changes today, before we dust off the halloween skeletons and drag the Christmas tree out of that cupboard for yet another year.

Stampede International are here to help and to raise awareness of the plight of the ‘little guys’. The forgotten, unsung heroes of our ecosystems.

Critically endangered wildlife such as pangolins are the victims of humanity’s greed and excess. We can’t all be the pin ups of the animal kingdom but despite their unconventional looks, these natural pest controllers are crucial to keeping our ecosystems fit and healthy. Over 100 tons of illegally trafficked pangolin scales, used in traditional medicine with no scientific foundation, were seized in 2019. With individual pangolins weighing as little as 1.5kg, it’s not hard to imagine the decimation and scale of cruelty inflicted on these docile, gentle creatures.

Some vultures have a face only a mother could love, right? But here at Stampede, we couldn’t love them more. Their dramatic decline over the last ten years is a stark reminder that our lifestyle choices filter down through the food-chain and impact species in ways and magnitude that we are still only learning of. Despite their negative press, vultures are invaluable to our ecosystem. By feeding on the bodies of dead animals they limit the spread of bacteria and diseases. But this has left them vulnerable to poisoning from the drugs administered to the domestic livestock they often feed on, causing the fastest decline our world has seen in any bird species.

And if any animal deserved a Father’s Day card this year, it would have undoubtably been the seahorse. They pair for life and carry the female’s eggs from the day they’re fertilised until birth. Yes, the males give birth! And it can take up to twelve hours. (Hide those smirks, ladies.) But, again, these intelligent and nurturing creatures are the victims of our greed and unfounded medicinal claims, with around 37 million being taken from coastal waters each year. And as they’re also one of the many thousands of species suffering from habitat loss, we’re in grave danger of losing these elegant little ‘horses of the sea’ that had been flourishing for 25 million years before we came along.

The year 2020 will definitely be one to remember, so let’s not forget the little guys. Critically endangered wildlife such as pangolins, vultures and seahorses are the forgotten champions of our ecosystems. And if the unprecedented events of this year has taught us anything, it’s the vital importance of the ‘little guy’ and the unsung heroes that work tirelessly to keep us all healthy and the world, as we know it, turning.

Find a summary of the Living Planet Report here. 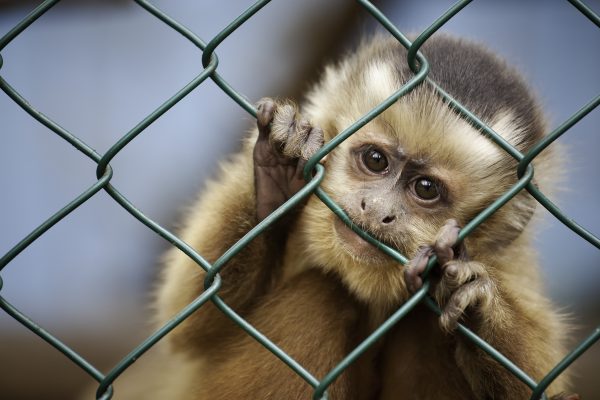